ACEC New York was recognized as the second highest "Hunger Hero" donor for the 2020 Capital Region CANstruction campaign and fundraiser.

Ryan Biggs | Clark Davis Marketing Director, Jill Shorter and her CANstruction colleagues built a CANstructure and easel display to highlight ACECNY's 100th anniversary logo unveiling for this years' Winter Conference at the Albany Capital Center. As a result, 5,000+ cans were donated to the Food Pantries for the Capital District. Jill spearheads this initiative in her role as Public Relations Chair for ACECNY and Capital Region CANstruction Vice President.

“We’re thrilled with the donation provided by ACEC New York through Capital Region CANstruction’s Hunger Heroes program,” said Shorter. “Hunger Heroes invites community groups, professional organizations, and businesses to be part of the larger CANstruction program by giving them the opportunity to collect food and funds for the cause. Every can and every dollar raised is donated to The Food Pantries for the Capital District at the conclusion of CANstruction.  ACEC New York has had a significant impact on this program for the past several years and their enormous donation in 2020 will help to feed the nearly 90,000 people that are food insecure in the region." 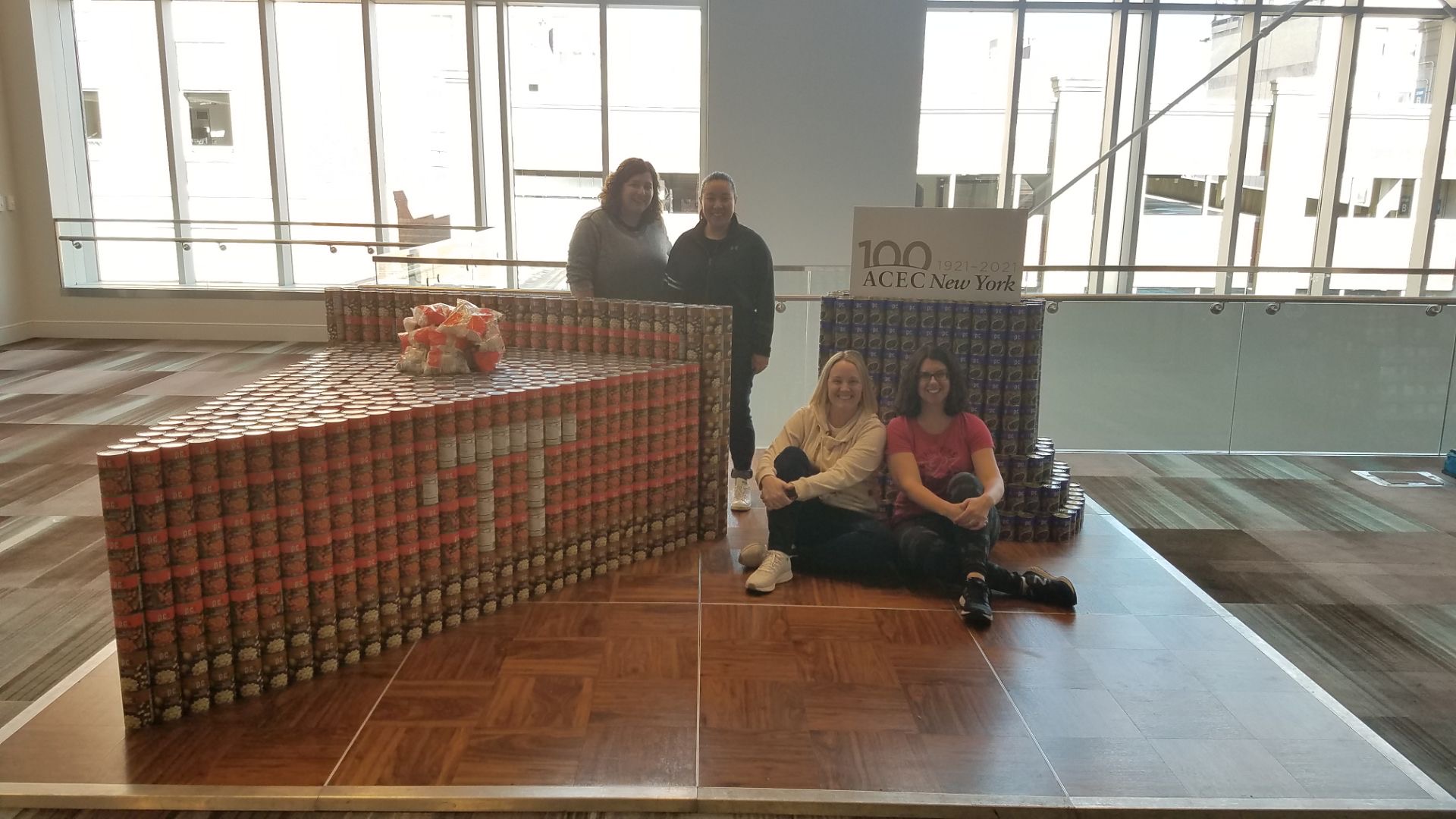