Ryan Biggs | Clark Davis designed the support frame for the LED display at the Palace Theater at 1568 Broadway. The sign structure includes five levels of terrace slabs, escalators between terrace levels, and a performer stage with a dynamic LED door system. The display is appoximately 90 feet tall and 195 feet in total length wrapping around the building at the corner of 7th Avenue and 47th Streets in Times Square. Our Client was SNA Displays; the firm designs high-end digital displays all over the world. 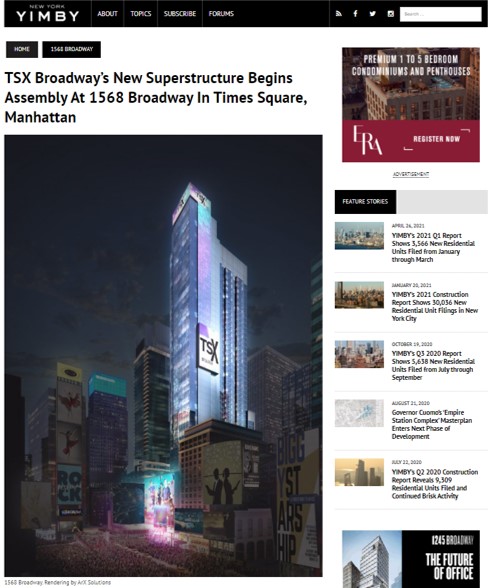