Williams College has installed a Eubrontes Trackway display on approximately 45 feet of two walls of the lobby in its new Science Building.

The wall display consists of twelve pieces of stone that are approximately 30-inches-tall by 48-inches-long by 4.5-inches thick, weighing up to 650 pounds each. Ryan Biggs | Clark Davis designed continuous aluminum tracks and connections to the concrete and masonry partitions. We were retained by Cantarella & Son, which installed the support framing and the stone panels. Challenges included that already-installed finish wood casework blocked access to the existing support partitions and a gap between the casework and the partitions. Ryan Biggs | Clark Davis also designed the anchors for the Science Building exterior stone veneer, which were installed by Cantarella & Son in 2019.

Eubrontes is a dinosaur that has been identified around the world, and were the first non-avian tracks identified in the United States. Its tracks were first described in the early 19th century, are found throughout the Connecticut River Valley in western Massachusetts and Connecticut, and are designated as the Connecticut State Fossil. The Eubrontes Giganteus walked on two hind legs and was thought to be about a meter or more tall and 5-6 meters long. Tracks of these and other dinosaurs from the Early Jurassic can be seen at nature reserves in Massachusetts and Connecticut. 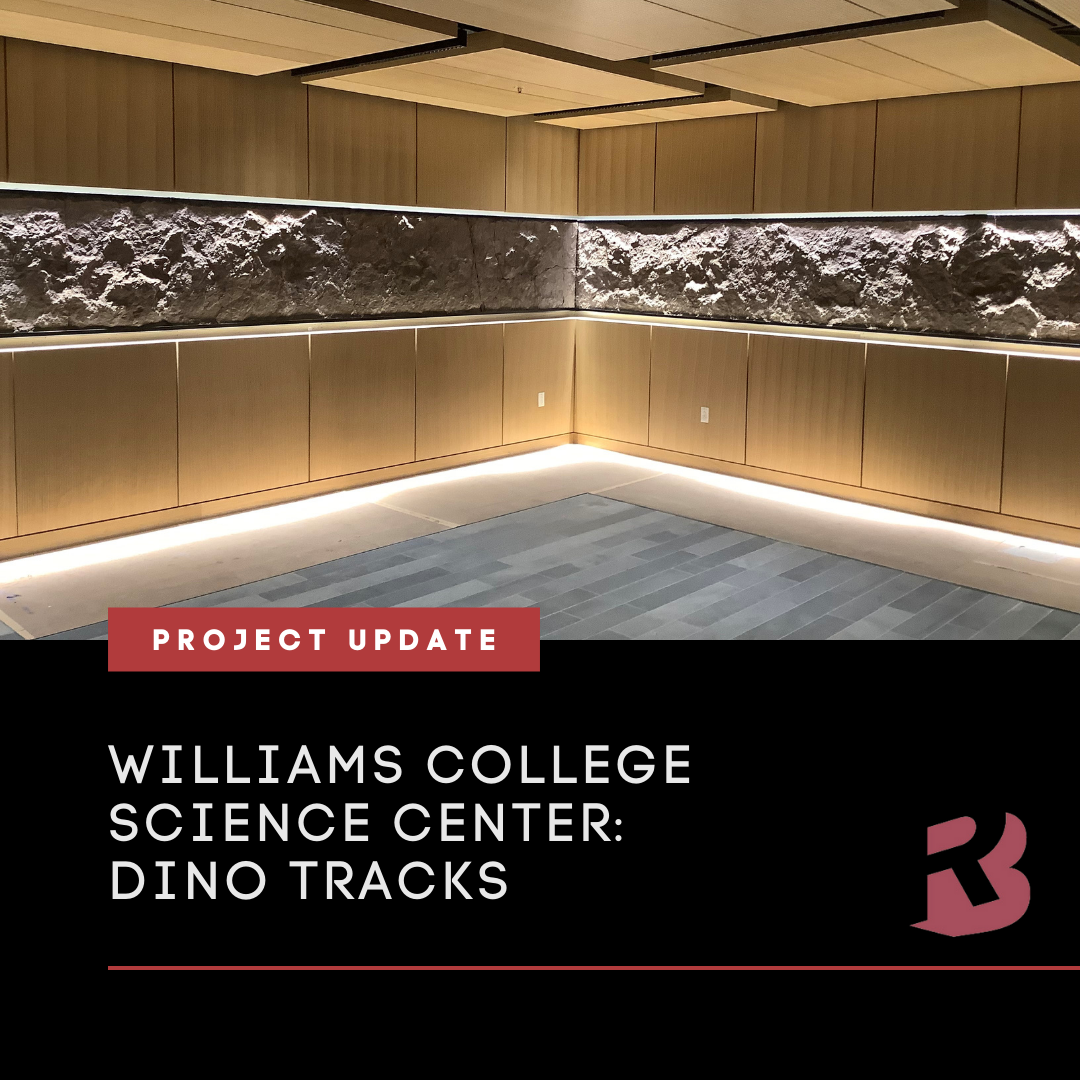