Jill Shorter was named Honorary Gold Award winner by the Girl Scouts of Northeastern New York. Gold award winners are the dreamers and doers who take “make the world a better place” to the next level.

Jill was chosen for her work on the Girls CAN Do program, a collaboration between Capital Region Canstruction and GSNENY, formed seven years ago. Girls CAN Do is a Canstruction Junior program that teaches participating troops about STEM principles while addressing food insecurity in our community. The donations the troops raise in order to create their structures are donated to The Food Pantries for the Capital District, a coalition of more than 65 food pantries in Albany, Rensselaer, Saratoga, and Schenectady Counties. Jill is Marketing Director at Ryan Biggs | Clark Davis and current President of Capital Region Canstruction. #girlscando #capitalregioncanstruction 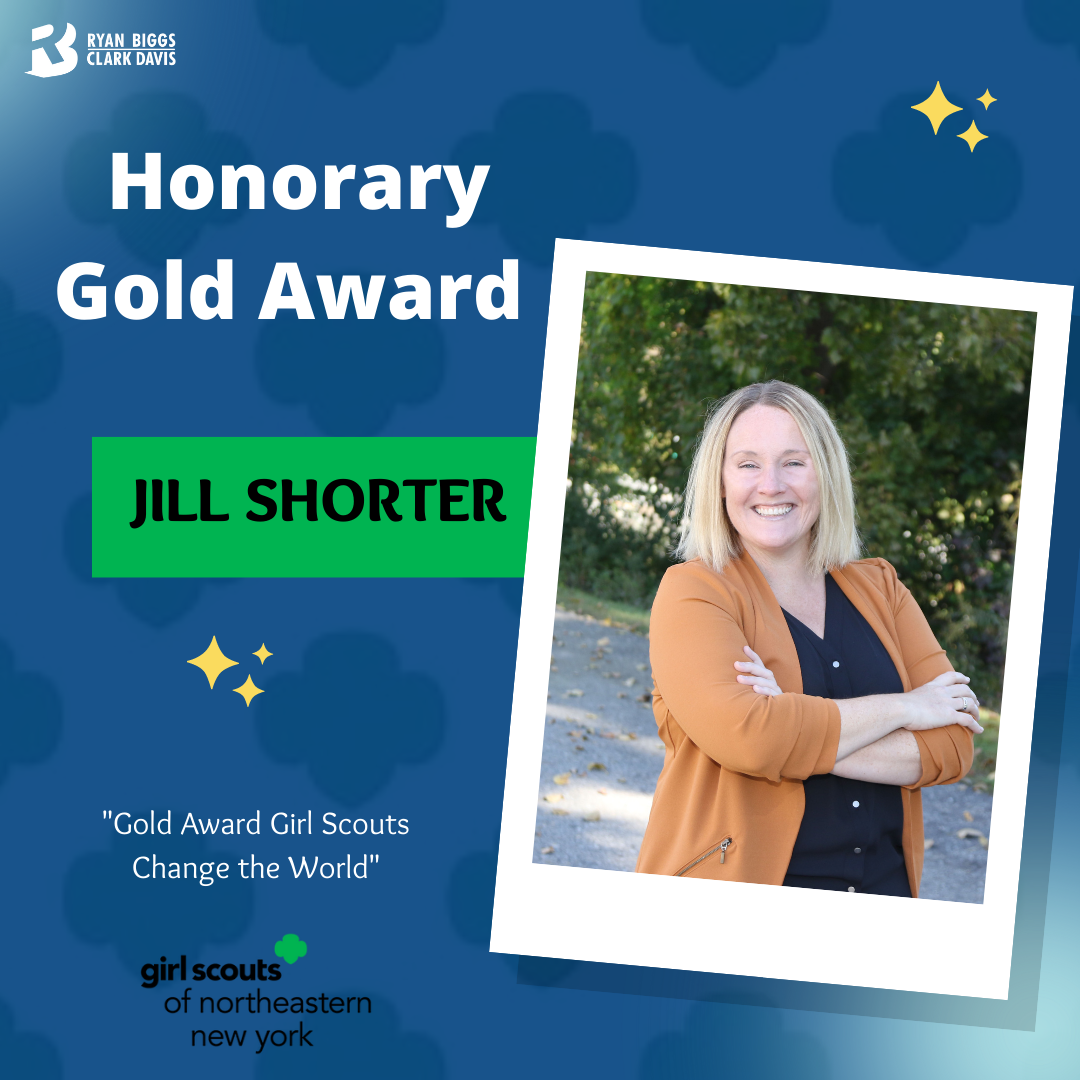