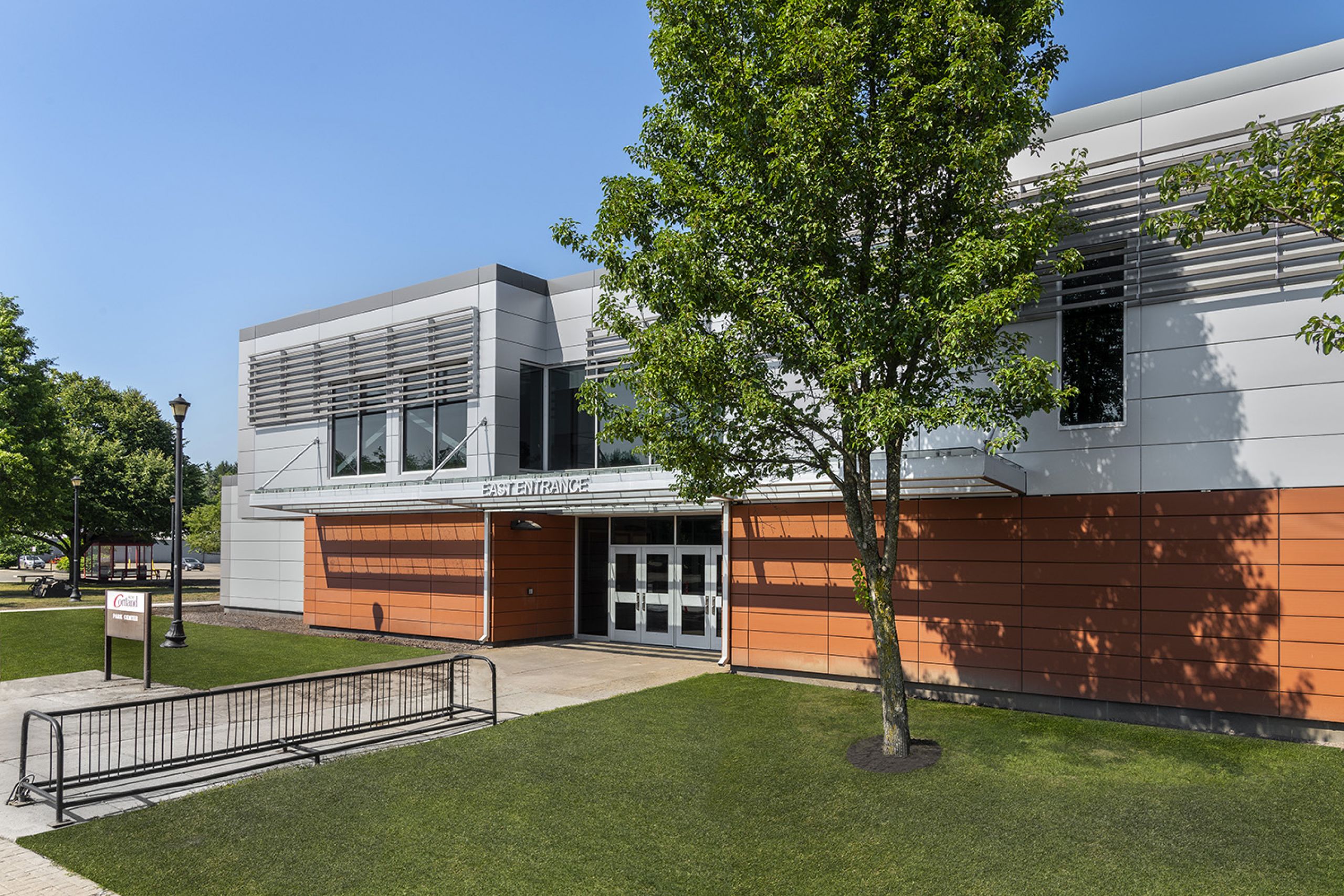 The existing Park Center was built in 1970 to house a pool, gymnasiums, and an ice rink. The building is comprised of four main areas:  a two-story administration wing on the east side, center high roof wing housing the pool and gymnasiums, connector wing between the center wing and the ice rink, and the ice rink on the west side.

The $14.6 million facade replacement project scope included removal of approximately 92,500 square feet of exterior clay brick façade and reconstruction utilizing cold-formed metal framing and a metal panel/terracotta rain-screen system, introduction of daylighting in the gymnasium and pool areas, and five new structural steel and glass entry canopies. Our scope included an investigation to assess the condition of the existing structural components along the exterior walls.  We developed a report of our findings and made recommendations for replacement systems.  We designed structural components of the exterior walls system and designed new openings in existing exterior walls for daylighting. The façade replacement project was administered by the State University Construction Fund (SUCF). 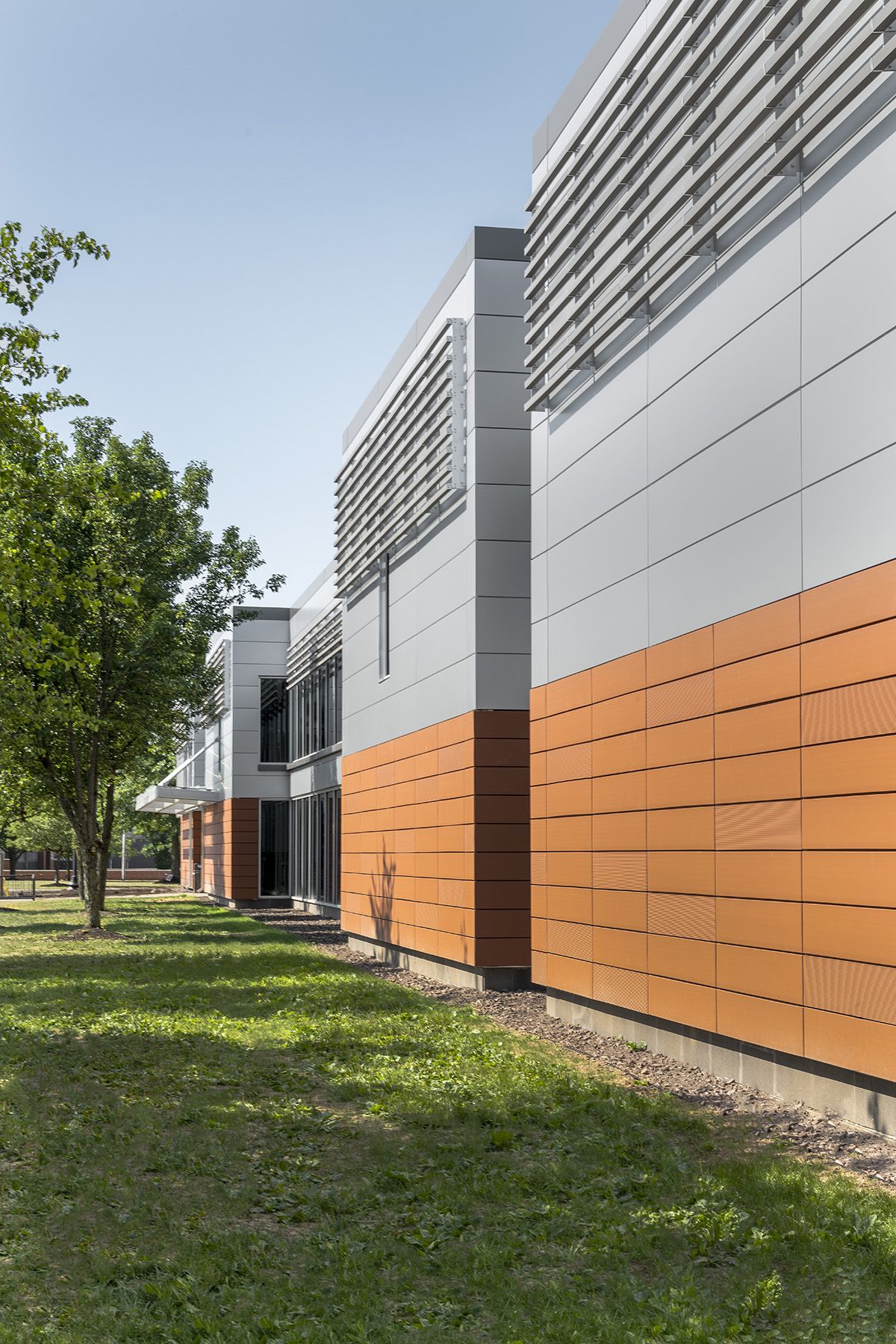 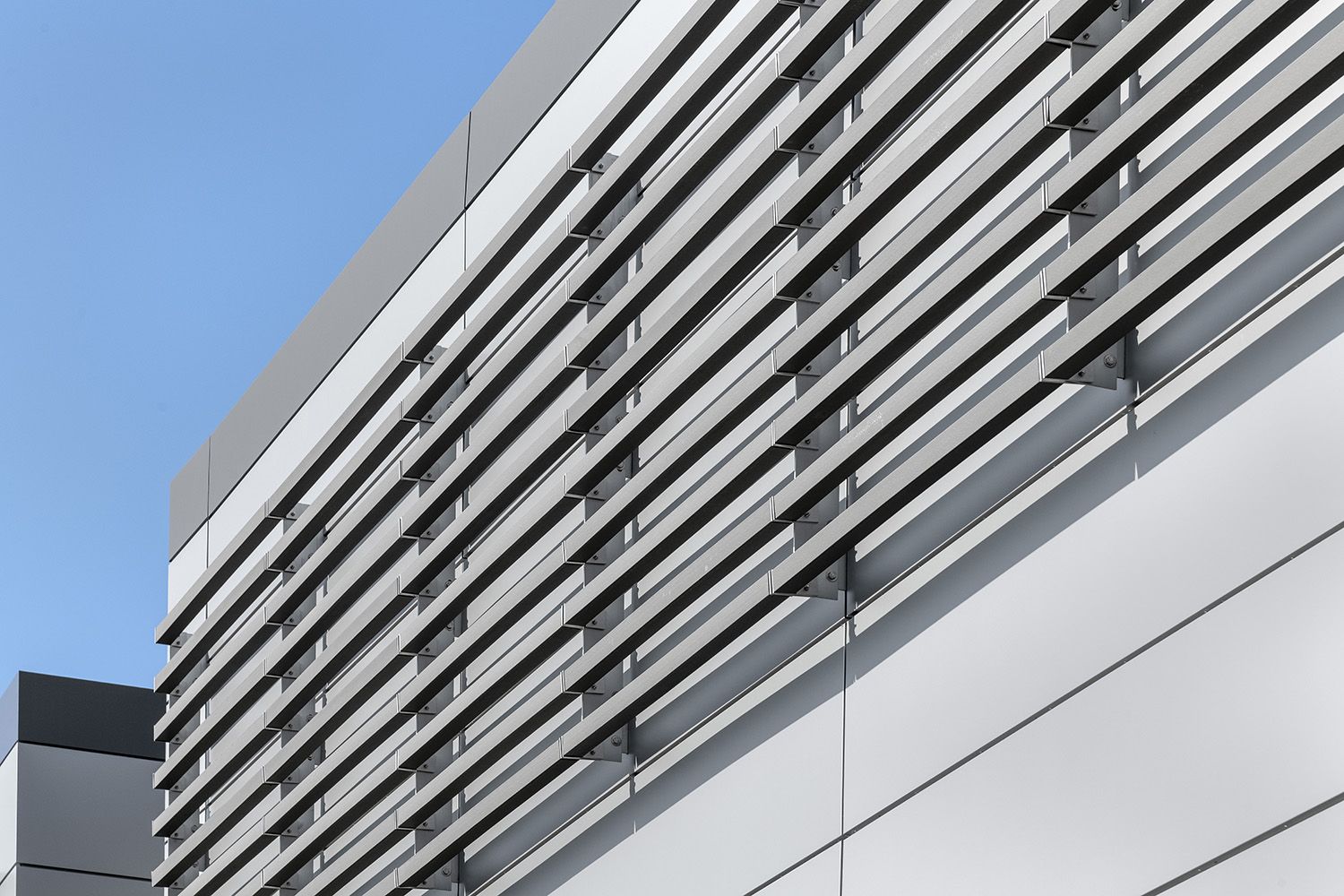